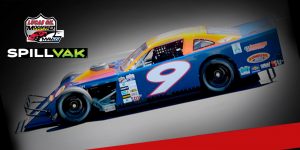 The Lucas Oil Modified series has shaped up to become one of the most entertaining race series to watch over the last few years.  The modified cars boast some amazing speeds and with their open wheel design are just flat out some of the coolest looking cars to hit the 1/2 mile paved oval at the ‘Dale.

Not to mention, several regular series and past race winners compete in the Lucas Oil Modified Series.  Drivers such as Ryan Schartau who currently races in the LKQ Pick Your Part Late Model division and is holding down the second position in the points standings after two second place finishes on August 4th. Joining the field that night will also be current Irwindale Race Trucks and K&N Pro Series, West points leader, Ryan Partridge.  Ryan is no stranger to the half mile speedway or the Modified cars.  He’s already notched one race win this year at Tuscon in a  modified and only finished off the top spot in two out of seven races in the truck division.

Making his return to the series for only the second time this year, Irwindale Speedway past Champion, Travis Thirkettle will buckle in to his iconic number 5.  The second generation driver hasn’t been able to run the entire series this year due to funding and his full time work schedule, but says that the Irwindale event is the one event a year he never wants to miss.

The event will be presented by Spill Vak, a oil dry chemical company who specializes in race track spill cleanup. For more information and event day scheduling, stay tuned. Tickets are now available via irwindalespeedway.com.